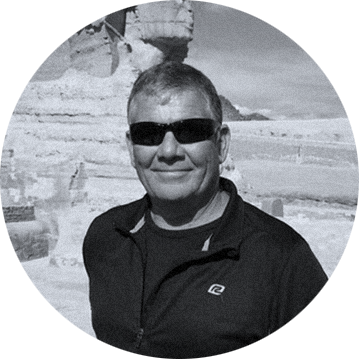 Conrad Kress served for over 41 years in the U.S. Navy. He enlisted in 1977 and graduated BUD/S training Class 98. He then reported for duty at Underwater Demolition Team 11, completing multiple deployments. While attending San Diego State University he continued to serve thru the Navy Reserves with what was SEAL TEAM 1, 3 and 5. Recalled to active duty in 1986 he initially served as a BUD/S instructor at the Naval Special Warfare Center, The HM1 Kress was selected to the Navy In-Service Physician Assistant Program and was commissioned as an Ensign, Medical Service Corps in September 1991.​

After commissioning and assignment to NH Marianna Islands, Kress deployed in support of Naval Special Warfare Unit 1. Follow-on tours included Department Head of USS Willamette (AO-180). Kress served with Expeditionary Medical Force in support of 1st Marine Expeditionary Force for the invasion of Iraq in 2003. From Iraq, Kress reported to White House Medical Unit serving as a medical liaison in support of Presidential and Vice Presidential Emergency Operations. Assigned to USS Peliliu (LHA-5) for the inaugural Pacific partnership HA/DR Program LCDR Kress served as the Advance Country element in Vietnam and the Country Embedded Liasion for the Solomon Islands in 2007.

In 2008, CDR Kress was assigned as the Forward Command Surgeon for the Combined Forces Special Operations Central Command, and medical liaison officer to US Embassy Pakistan. CDR Kress served as Medical Department Head for SEAL Delivery Vehicle Team ONE and Naval Special Warfare Group 3, Logistics Support Unit 3. In 2012 CDR Kress then completed his career as the Command Surgeon for Special Operations Command Pacific. Whereby he retired 1 Jan 2019. When he is not working he is chasing his three grandsons, playing on his friend’s ranch and teaching them how to enjoy the great outdoors. He also continues to support his local church thru medical initiatives in various countries.