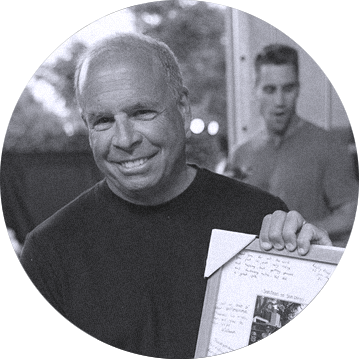 I spent the first 3 years in the Navy going to school to become a Fire Control Technician and serving aboard a Destroyer (USS Morton DD 948). I received orders to BUD/S when my 7th request for was approved. After graduating with Class 98 I reported for duty to Underwater Demolition Team 11 where I completed multiple deployments.

Following my first enlistment, I continued to serve in the SEAL Reserve Unit. During my reserve time, I married Beth, we had children, and I worked as a pastor at the church we attended. I was recalled during Desert Storm in 1991. I served at Seal Team 5 and SDV Team 1. While at SDV Team 1, it was discovered that I had a brain tumor. My SpecWar qualifications were revoked and I was given the option to either go to the fleet or be medically retired. After they stirred around in my noggin with a sharp stick I decided to accept a medical retirement in 1997. We moved to Texas and I started working as a consultant to oil and gas exploration companies.​

We lived in Texas until 2011. We moved back to San Diego when our son, David, who was stationed at SEAL Team 1, broke his back parachuting. His injury left him paralyzed below his waist. David received outpatient therapy at VIP Neuro-Rehabilitation clinic in San Diego. Two years after his injury David married his long-time girlfriend, Janet, and together they now manage VIP as volunteers. David is CEO and still a patient. They have two children; we love being grandparents.